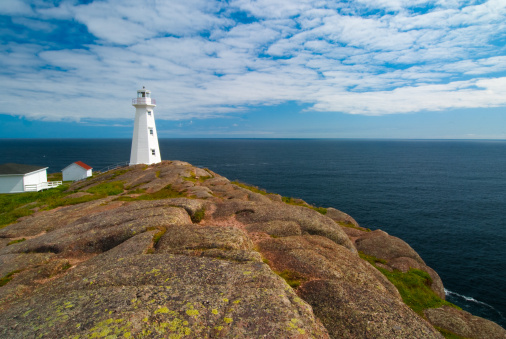 The most easterly point in North America, Cape Spear served as a strategic location for a lighthouse in the eighteenth century and a military fort in the nineteenth century. Since 1836, the site has been home to the oldest surviving lighthouse in Newfoundland. Restored to its original appearance, the lighthouse interprets the life of a 19th century lightkeeper and his family. Visitors will also learn about the changes in lighthouse responsibility and upkeep. At the tip of Cape Spear are the remains of Fort Cape Spear.