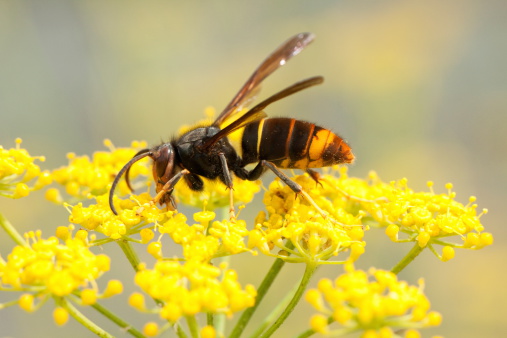 Vespa velutina nigrithorax, the Asian hornet, originates from Southeast Asia and is an invader wasp that has appeared in Europe in France, Spain and Portugal. Further invasions are expected in other countries of Europe. Although the species is not aggressive there have been reports of people hospitalised after suffering anaphylatic shock. The wasp hunts insects and causes very important losses in apiaries because are killing a significant amount of honey bees.