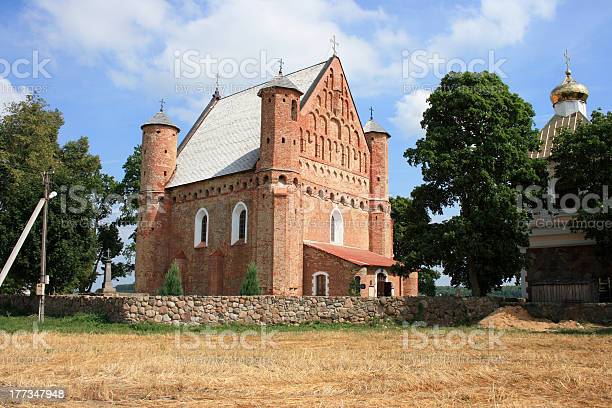 "Horizontal color photo of the early 16th century fortified church in Belarus village (Synkaviiy, Hrodna region). The defensive system of the church consists of four towers and arrow-loops placed under the vaults. The walls are about 1.5m thick. The building has elements of Roman and Gothic architecture. It is one of the two such churches in Belarus and it is quite unique that it was almost unchanged during the centuries. This site was added to the UNESCO World Heritage Tentative List in 2004 in the Cultural category."