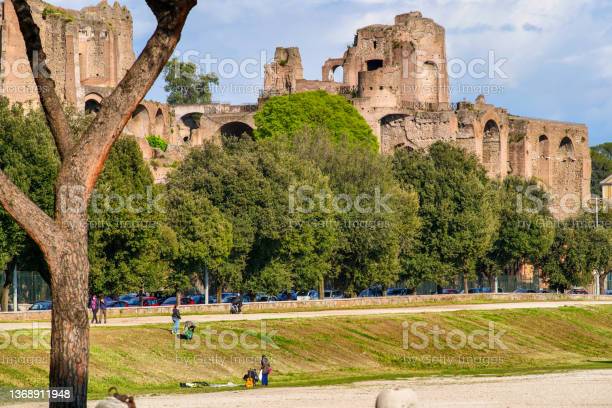 Download this A Cityscape Of The Palatine Hill And The Circus Maximus Park In The Core Of Rome photo now. And search more of iStock's library of royalty-free stock images that features Italy photos available for quick and easy download.Product #:gm1368911948$33.00iStockIn stock
Images
Only from iStock

A suggestive cityscape of the Palatine Hill and the Circus Maximus public park, in the core of the Ancient Rome. The Palatine Hill was a sacred place for the Romans where, according to tradition, the city was founded. The Roman emperors Augustus, Tiberius and Domitian built their immense imperial palaces on this hill (up in the photo). The Circus Maximus, below in the photo, was the largest oval circus in the ancient world, where thousands of Romans watched epic horse and chariot races. The Roman Forum, one of the largest archaeological areas in the world, represented the political, legal, religious and economic center of the city of Rome, as well as the nerve center of the entire Roman civilization. In 1980 the historic center of Rome was declared a World Heritage Site by Unesco. Image in high definition format.