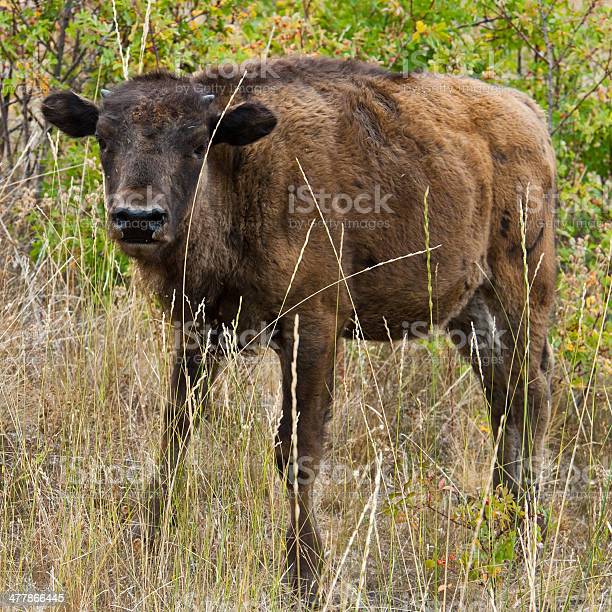 The American Bison (Bison bison) is a North American species of bison that once roamed the United States in vast herds. The bison is an iconic symbol of the western frontier and is the national mammal of the United States. Biologists estimate that 30 to 60 million of the animals once roamed North America. Over the years they were almost hunted out of existence. By the 1880's only a few were left and early conservationists stepped in to save them from extinction. This lone bison calf was photgraphed at the National Bison Range near Charlo, Montana, USA.