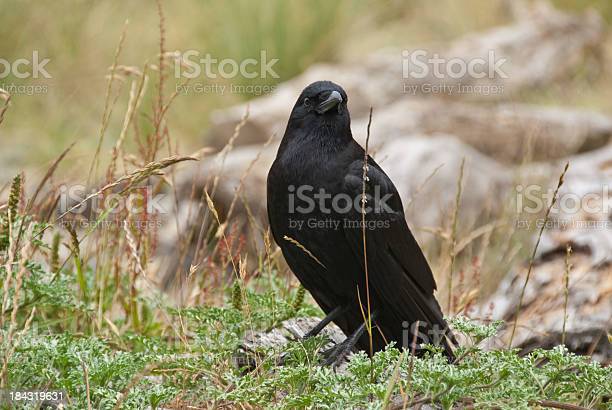 Download this American Crow On The Beach photo now. And search more of iStock's library of royalty-free stock images that features American Crow photos available for quick and easy download.Product #:gm184319631$33.00iStockIn stock
Images
Only from iStock

The American Crow (Corvus brachyrhynchos) is a large passerine bird common throughout much of North America. The American crow is black, with iridescent feathers. It looks like the Common Raven (Corvus Corax) but is much smaller in size. The American crow was first described by the German ornithologist and pastor Christian Ludwig Brehm in 1822. It is an omnivorous bird and will feed on anything it can find through scavenging or hunting. The intelligent crow is able to modify and use natural tools to obtain food. American crows reach breeding age at two years or more but most do not breed until they are four or five years old. The nesting season starts in early April with birds building stick nests in trees and bushes. A typical clutch is from three to six eggs which are incubated for 18 days. Fledging takes place about 36 days after hatching. This American crow was photographed on the beach at Heceta Head State Park near Florence, Oregon, USA.