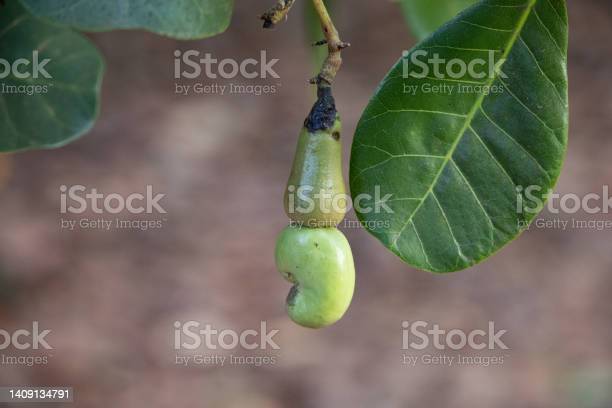 The cashew tree (Anacardium occidentale) is a tropical evergreen tree that produces the cashew seed and the cashew apple accessory fruit. The tree can grow as tall as 14 metres (46 feet), but the dwarf cultivars, growing up to 6 m (20 ft), prove more profitable, with earlier maturity and greater yields. The cashew seed is commonly considered a snack nut (cashew nut) eaten on its own, used in recipes, or processed into cashew cheese or cashew butter. Like the tree, the nut is often simply called a cashew. Cashew allergies are triggered by the proteins found in tree nuts, and cooking often does not remove or change these proteins

What's a royalty-free license?
Royalty-free licenses let you pay once to use copyrighted images and video clips in personal and commercial projects on an ongoing basis without requiring additional payments each time you use that content. It's a win-win, and it's why everything on iStock is only available royalty-free — including all Color Image images and footage.
What kinds of royalty-free files are available on iStock?
Royalty-free licenses are the best option for anyone who needs to use stock images commercially, which is why every file on iStock — whether it’s a photo, illustration or video clip — is only available royalty-free.
How can you use royalty-free images and video clips?
From social media ads to billboards, PowerPoint presentations to feature films, you're free to modify, resize and customize every asset on iStock — including all Color Image images and footage — to fit your projects. With the exception of "Editorial use only" photos (which can only be used in editorial projects and can't be modified), the possibilities are limitless.