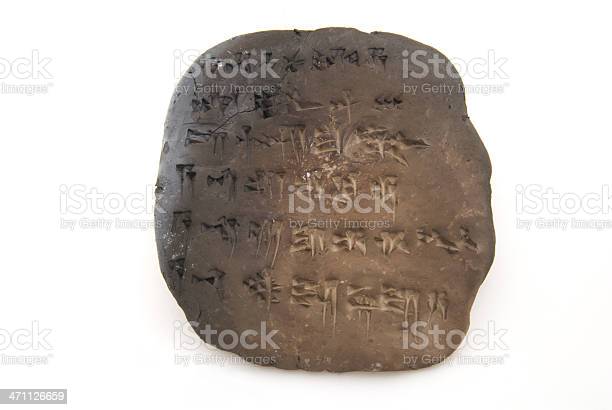 A tablet of cuneiform (ancient near/middle eastern "alphabet"). It is written in the Akkadian form telling the first few lines of the Descent of Ishtar to the underworld (Sumerian/Babylonian mythology) Artifact is baked clay, hence the charring on the left. Probably baked inadvertantly as the baking process is not complete or finished in a traditional glaze. Artifact is somewhat large indicating the writer has a limited proficiency with writing Akkadian.