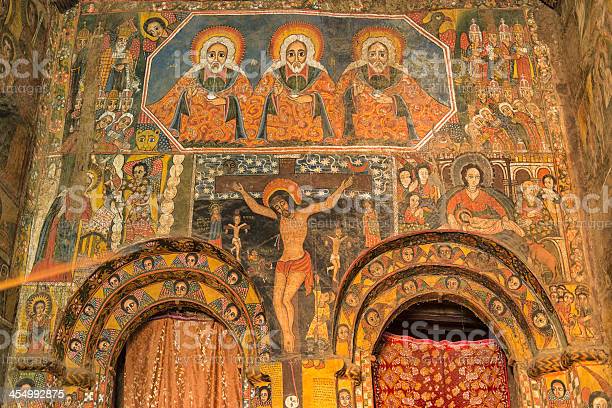 Debre Birhan Selassie Church in Gondar with beautiful paintings inside. The church was built by Emperor Eyasu II in the 17th Century. It was named Debre Birhan, "Mountain of Light," after the Emperor's nickname as well as in honor of the church of the same name in Shewa.When the Mahdist Dervishes of the Sudan sacked the city of Gondar in 1888, they burned down every church in the city except Debre Birhan Selassie. According to local legend, when the Mahdist soldiers approached the church, a swarm of bees kept the soldiers back,