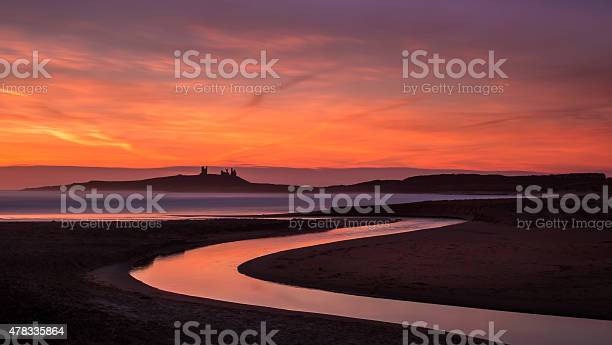 One of the most atmospheric and inspiring castles in England, Dunstanburgh Castle was built in the second decade of the 14th century by Thomas, Earl of Lancaster, the wealthiest nobleman in England. Earl Thomas was later executed for his role in the barons’ rebellion against Edward II, but the castle was extensively modernised in the 1380s under John of Gaunt. It played a role as a Lancastrian stronghold in the Wars of the Roses, but fell into disrepair at the end of the Middle Ages, and its ever more ruinous silhouette inspired many artists, including JMW Turner. Recent research has radically altered our perceptions of both the extent of the castle and the nature of its surrounding landscape in the Middle Ages.