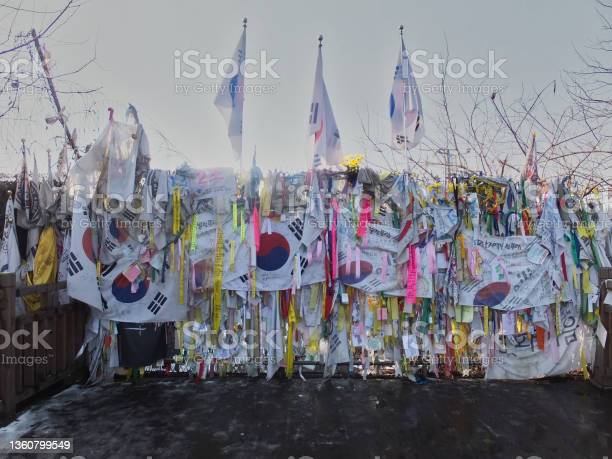 Download this Flags And Messagesbridge Of Freedom Over The Imjin River photo now. And search more of iStock's library of royalty-free stock images that features Peacekeeping photos available for quick and easy download.Product #:gm1360799549$33.00iStockIn stock
Images
Only from iStock

Gyeonggi-do, Korea - November 30, 2013: Bridge of Freedom is where the prisoners of the Korean War has been released. Up to this freedom of bridge is the limit that you can freely enter and exit. From here is the control area. July 27, 1953. After cease-fire agreement, 12,773 people of prisoners over this bridge, It is called Bridge of Freedom from the fact that They became free. Here, there are a lot of flags and messages.