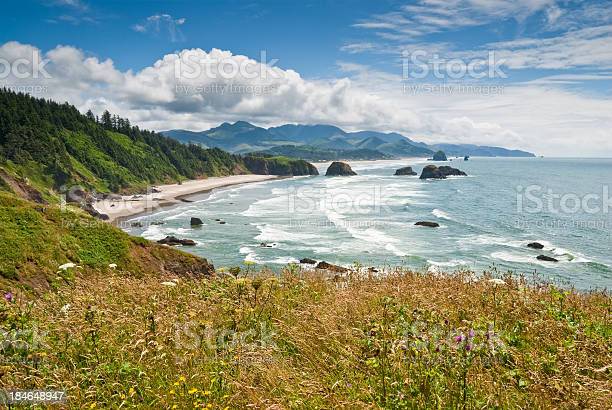 Download this Meadow Of Wildflowers Above The Pacific Ocean photo now. And search more of iStock's library of royalty-free stock images that features Beach photos available for quick and easy download.Product #:gm184648947$12.00iStockIn stock
Images
Only from iStock

Meadow of Wildflowers Above the Pacific Ocean stock photo

The famous Haystack Rock and nearby Needles are basalt monoliths formed some 15-16 million years ago by lava flows emanating from the Blue Mountains and Columbia Basin. Haystack Rock is also one of the most identifiable rock formations on the Pacific Coast. Haystack Rock and the Needles were photographed from a wildflower meadow at Ecola Point State Park near Cannon Beach, yyy, USA.