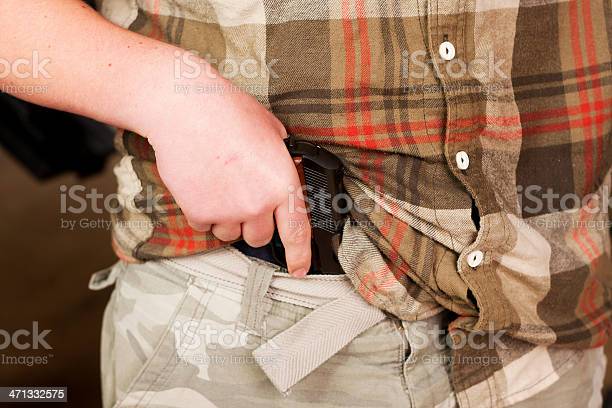 A caucasian man drawing a .380 caliber semiautomatic pistol from inside the waistband of his pants. Mexican carry (no holster). It's called "Mexican Carry" because the Mexican Vaqueros of the 19th cetury, when guns were outlawed in Mexico, stopped wearing holsters, and instead, started just carrying their pistols stuck into their belts.