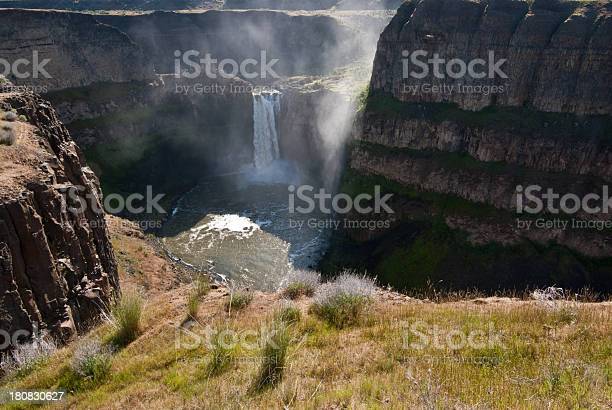 At the end of the last ice age, the great Missoula Flood swept across eastern Washington leaving the unique scablands we see today. Palouse Falls, 198 feet high, remains as one of the magnificent remnants of the flood. As of February 12, 2014, Palouse Falls was named as Washington State's official waterfall. The powerful waterfall is on the Palouse River, a few miles upstream from its confluence with the Snake River. This view off morning mist over the falls was captured from Palouse Falls State Park, Washington State, USA.