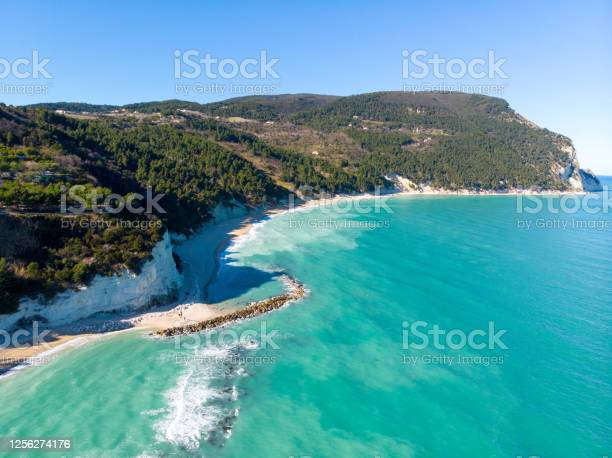 Numana is a city called the costiera amalfitana of Marche region. It was anciently known with the name of Humana. The legend tells that the mythological founder of the city was this Picenis Queen, a giant figure of a woman with half of the body in the shape of a snake and with wide wings on her back. The Queen threw fire balls on the seaside burning down a wood and on those cinders raised up the city of Humana (meaning human in Latin).

What's a royalty-free license?
Royalty-free licenses let you pay once to use copyrighted images and video clips in personal and commercial projects on an ongoing basis without requiring additional payments each time you use that content. It's a win-win, and it's why everything on iStock is only available royalty-free — including all Marche - Italy images and footage.
What kinds of royalty-free files are available on iStock?
Royalty-free licenses are the best option for anyone who needs to use stock images commercially, which is why every file on iStock — whether it’s a photo, illustration or video clip — is only available royalty-free.
How can you use royalty-free images and video clips?
From social media ads to billboards, PowerPoint presentations to feature films, you're free to modify, resize and customize every asset on iStock — including all Marche - Italy images and footage — to fit your projects. With the exception of "Editorial use only" photos (which can only be used in editorial projects and can't be modified), the possibilities are limitless.