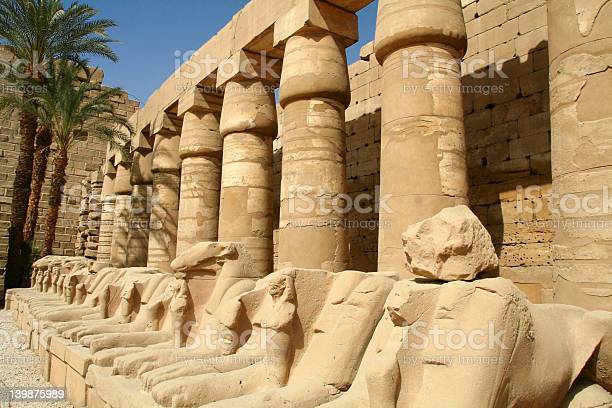 Ram-headed sphinxes deposited in the first court in Temple of Karnak, Egypt. Before the temple was extended by the construction of the first cour and its pylon, these sphinxes were part of the original approach. When the approach avenue was shorted, under the 22nd Dynasty, the surplus sphinxes were deposited in the newly built court. The ram of Amon, shown here as a composite criosphinx. Amon protects the king whose figure is shown under the ram's chin.