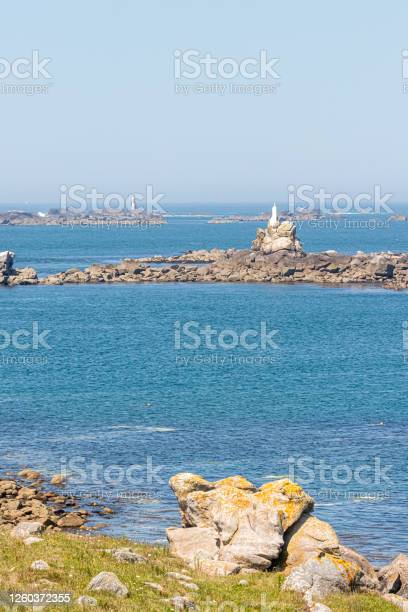 Download this The Breton Coast From The Tip Of Landunvez photo now. And search more of iStock's library of royalty-free stock images that features Beach photos available for quick and easy download.Product #:gm1260372355$12.00iStockIn stock
Images

The Breton coast from the tip of Landunvez stock photo

The coastline is very indented, alternating capes (Beg ar Caro and Beg an Tour in the peninsula of Saint-Gonvel; “Pointe de Landunvez” to the west and Beg ar Manac'h and Beg ar Galeti to the east of the wild coast of Landunvez), with numerous rocks with picturesque shapes, and bays (cove of Argenton, cove of Saint-Gonvel, cove of Penfoul, cove of Trémazan and cove of Kersaint) whose bottom is occupied by beaches. The continental platform is dotted with numerous reefs and islets (in particular the Roches d'Argenton, one of the islets of which bears the Phare du Four) as well as by the island of Yoc'h which is a protected natural area.