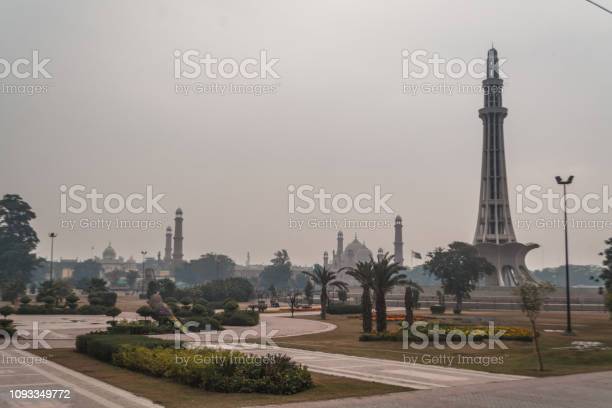 Minar-e-Pakistan (Urdu: مینارِ پاکستان‬‎) is a national monument located in Lahore, Pakistan. The tower was built between 1960 and 1968 on the site where the All-India Muslim League passed the Lahore Resolution on 23 March 1940 - the first official call for a separate and independent homeland for the Muslims of British India, as espoused by the two-nation theory. The resolution eventually helped lead to the emergence of an independent Pakistani state in 1947. The tower reflects a blend of Mughal/Islamic and modern architecture. What's a royalty-free license?
Royalty-free licenses let you pay once to use copyrighted images and video clips in personal and commercial projects on an ongoing basis without requiring additional payments each time you use that content. It's a win-win, and it's why everything on iStock is only available royalty-free — including all Pakistan images and footage.
What kinds of royalty-free files are available on iStock?
Royalty-free licenses are the best option for anyone who needs to use stock images commercially, which is why every file on iStock — whether it’s a photo, illustration or video clip — is only available royalty-free.
How can you use royalty-free images and video clips?
From social media ads to billboards, PowerPoint presentations to feature films, you're free to modify, resize and customize every asset on iStock — including all Pakistan images and footage — to fit your projects. With the exception of "Editorial use only" photos (which can only be used in editorial projects and can't be modified), the possibilities are limitless.