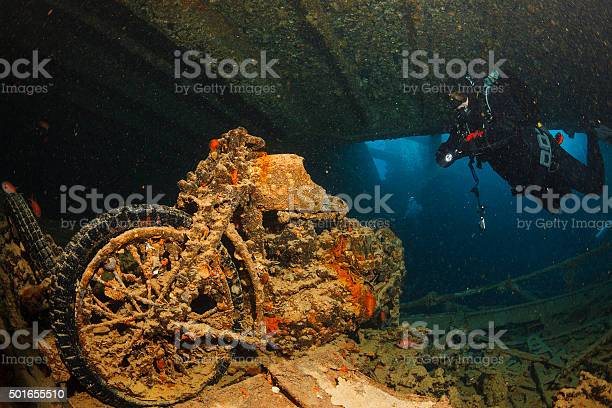 Underwater. Scuba diver, diving inside Shipwreck diving Thistlegorm. BSA M20 motorcycle was part of a shipment of military equipment on its way to aid the Allies during World War II. The SS Thistlegorm was a British armed Merchant Navy ship built in 1940 by Joseph Thompson & Son in Sunderland, England. She was sunk on 6 October 1941 in the Red Sea and is now a well known diving site.