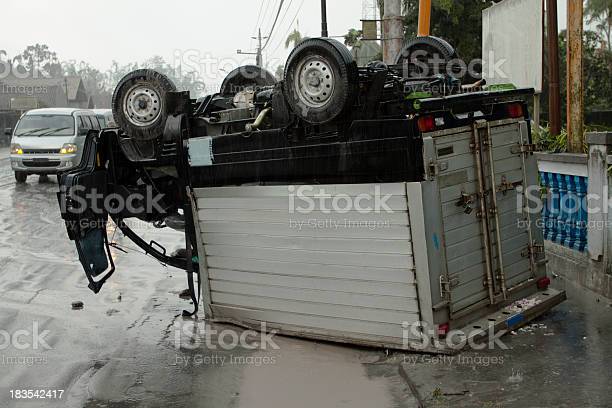 "Location: Indonesia.Date of photo: 6 November, 2010.This van/vehicle had a accident that was related to slippery driving conditions that was imminent because of volcanic ash on the road.The Mt. Merapi volcano in central-java erupted during October 2010. The eruptions was classified as its largest in over one century. Approximately 200.000 was evacuated from the most hard hit areas and a safety zone was set with a radius of 20km from the volcano. 300 people died between October and November 2010. Most of these in sudden outbursts of Pyroclastic flows. See more photos like this, and related in:"

What's a royalty-free license?
Royalty-free licenses let you pay once to use copyrighted images and video clips in personal and commercial projects on an ongoing basis without requiring additional payments each time you use that content. It's a win-win, and it's why everything on iStock is only available royalty-free — including all Ash images and footage.
What kinds of royalty-free files are available on iStock?
Royalty-free licenses are the best option for anyone who needs to use stock images commercially, which is why every file on iStock — whether it’s a photo, illustration or video clip — is only available royalty-free.
How can you use royalty-free images and video clips?
From social media ads to billboards, PowerPoint presentations to feature films, you're free to modify, resize and customize every asset on iStock — including all Ash images and footage — to fit your projects. With the exception of "Editorial use only" photos (which can only be used in editorial projects and can't be modified), the possibilities are limitless.