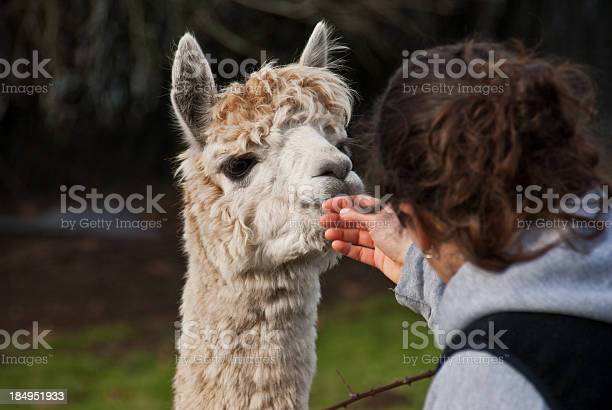 The Alpaca (Vicugna Pacos) is a species of South American camelid. They descended from the vicuña and is similar to, and often confused with, the llama. Alpacas are often noticeably smaller than llamas and their ears are pointy rather than curved. The two animals are closely related and can be cross-bred. Alpacas were bred for their wool which is similar to sheep's wool. This alpaca was living on a farm in Edgewood, Washington State, USA.