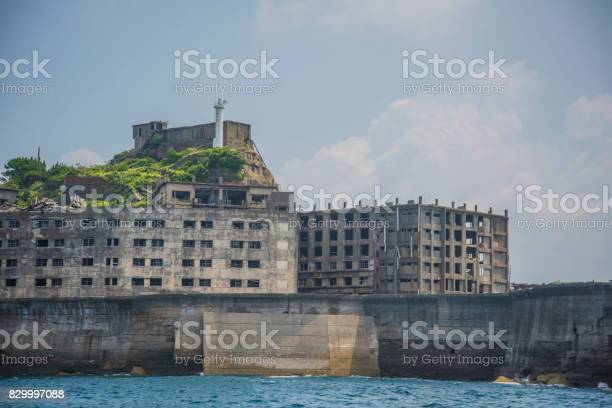 Hashima Island (端島 or simply Hashima — -shima is a Japanese suffix for island), commonly called Gunkanjima (軍艦島; meaning Battleship Island), is an abandoned island lying about 15 kilometers (9 miles) from the city of Nagasaki, in southern Japan. It is one of 505 uninhabited islands in Nagasaki Prefecture. The island's most notable features are its abandoned concrete buildings, undisturbed except by nature, and the surrounding sea wall. While the island is a symbol of the rapid industrialization of Japan, it is also a reminder of its dark history as a site of forced labor prior to and during the Second World War. What's a royalty-free license?
Royalty-free licenses let you pay once to use copyrighted images and video clips in personal and commercial projects on an ongoing basis without requiring additional payments each time you use that content. It's a win-win, and it's why everything on iStock is only available royalty-free — including all Hashima Island images and footage.
What kinds of royalty-free files are available on iStock?
Royalty-free licenses are the best option for anyone who needs to use stock images commercially, which is why every file on iStock — whether it’s a photo, illustration or video clip — is only available royalty-free.
How can you use royalty-free images and video clips?
From social media ads to billboards, PowerPoint presentations to feature films, you're free to modify, resize and customize every asset on iStock — including all Hashima Island images and footage — to fit your projects. With the exception of "Editorial use only" photos (which can only be used in editorial projects and can't be modified), the possibilities are limitless.